How does this sound?  A Friday night SAHS football game under the lights at Crawford Field, a Saturday afternoon golf match and bike ride through town, and a Saturday evening dinner at Angela's On the River Restaurant?  If you are interested, email Deb at debaustinbrown@suddenlink.net.  The planning committee wants to know if there is enough interest to keep planning for this get-together in the Fall of 2021.

Red Dragons were invited to an all-class reunion this summer on August 9-10.  Unfortunately, the committee planning this reunion canceled it due to a lack of committee members and volunteers. Our SAHS Class of 1968 Reunion Committee has decided to meet this summer and start planning a casual gathering of classmates for the Fall of 2020.  So stay tuned, Red Dragons! Hopefully, we will see each other soon! 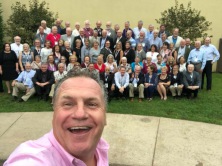 This is Cam Harman, the Saint Albans photographer who captured our class photo at our reunion in September 2018. Four weeks after our reunion, Cam was diagnosed with an inoperable brain tumor--       a glioblastoma, stage 3.
Thanks for your prayers for Cam. I am sad to report that Cam died on May 9, 2019 at the age of 52. Rest in peace, Cam Harman. Rest in peace! Saint Albans will certainly miss you and your wonderful smile! 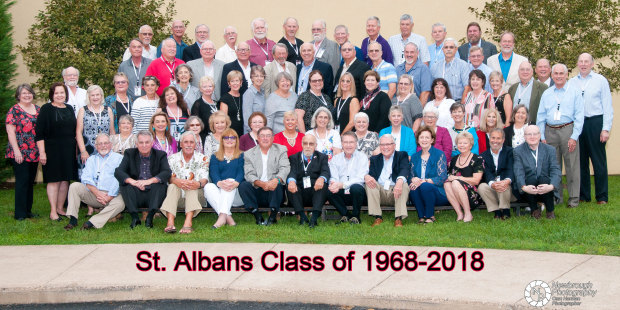 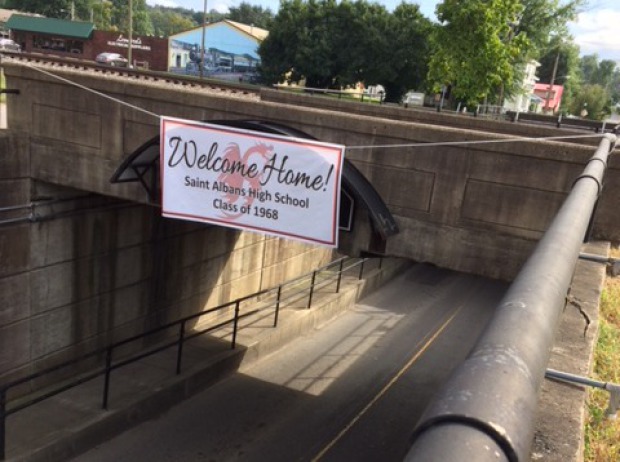 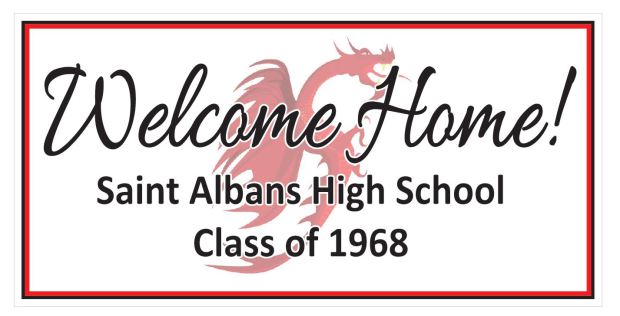 Here's Who's Came to Our 50th Reunion!

How to View Pictures in the Photo Gallery

To see the photo captions and classmate names, click on the picture.  To view the entire gallery of pictures, click on the first photo and the caption will come up.  The picture will also get larger.  You can then use the arrows to proceed and view all of the pictures with their captions. 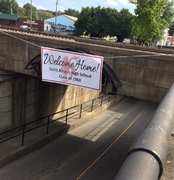 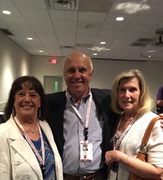 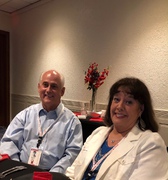 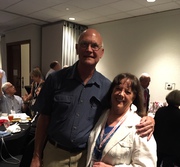 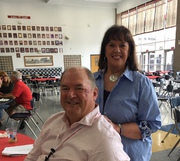 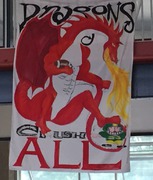 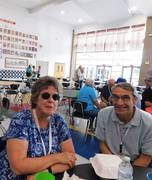 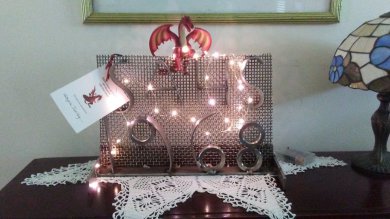 Classmate Becky Bird Bugg got this beautiful SAHS 1968 metal sculpture when her name was drawn at the Saturday night gift giveaway!  It now has a new home in Chris and Becky Bugg's home!  Thanks, Wayne Turley! The classmates enjoyed winning prizes made by and donated by their fellow classmates! 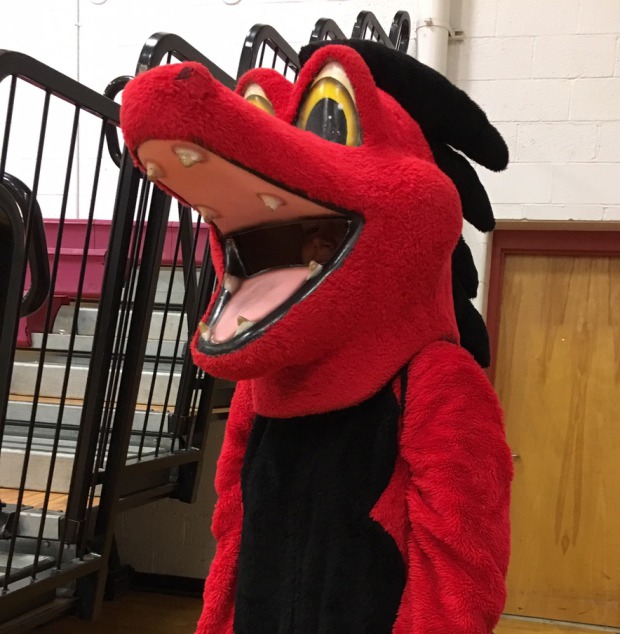 How do you top our SAHS Class Reunion?  With Homecoming 2018!

Hurricane Florence Takes A Toll On Our Class Reunion

Sadly, fifteen classmates had to cancel their travel plans to Saint Albans because of Hurricane Florence.  We are heartbroken that classmates who so badly wanted to be here, could not.  We will certainly miss you!  We will think of you often this weekend and we will post pictures to share with you.  We are praying for your safety in the storm.  Please check back in with us and let us know how you are after Hurricane Florence passes. 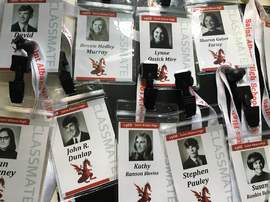 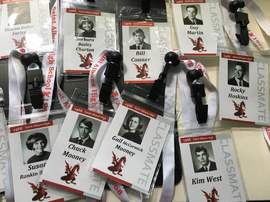 Doug Goebel Artwork To Be Given Away At Our Reunion! 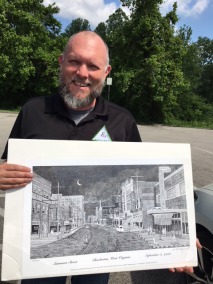 Our classmate Doug Goebel spent his life drawing incredible pictures of our West Virginia landscape.  His body of work is truly remarkable.  Sadly, Doug died in 2005, but his art lives on through the efforts of his son, Dylan.

Dylan has donated two of his dad's masterpieces for our class reunion in September.  One is of the Judicial Annex in Charleston and the other is of Summers Street in Charleston in 1950-- the year that most of us were born.

Dylan is kind, thoughtful, and generous-- just like his dad.  He looks so much like him, too!  It was a joy to meet him and to share memories with him.

Thanks, Dylan and Doug, for making our reunion even more special with these two magnificent works of art! 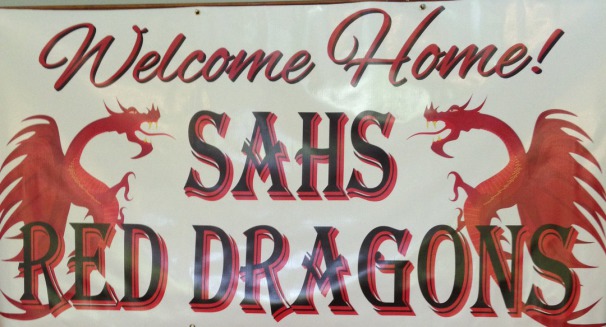 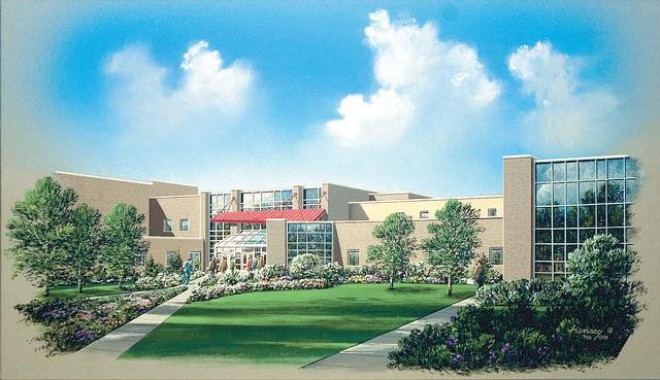 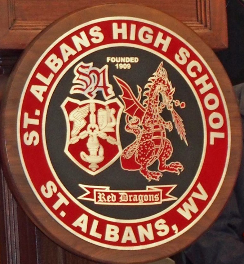 Front Row (sitting on the floor) left to right

Back Row (standing) left to right 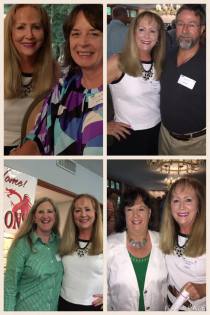 "Surely it is satisfying, gratifying to have gathered together so many people 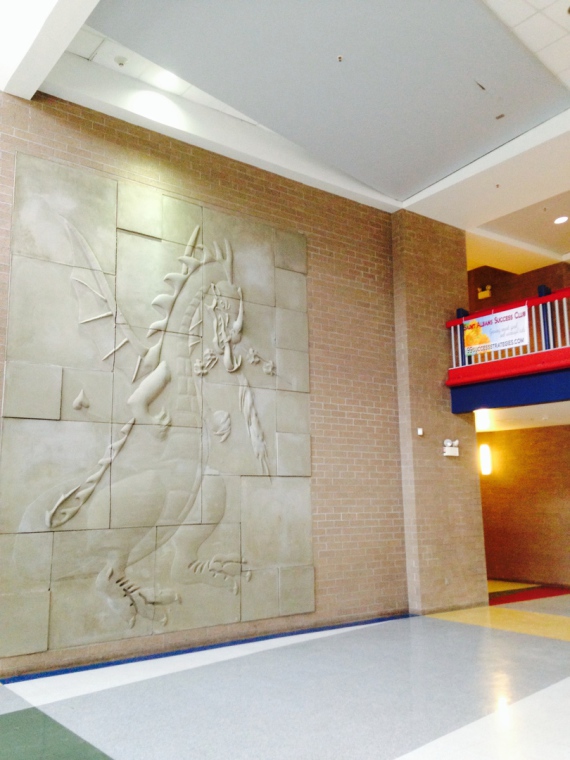 Video Tribute to Our Deceased Classmates by Joe Ervin, Jr. 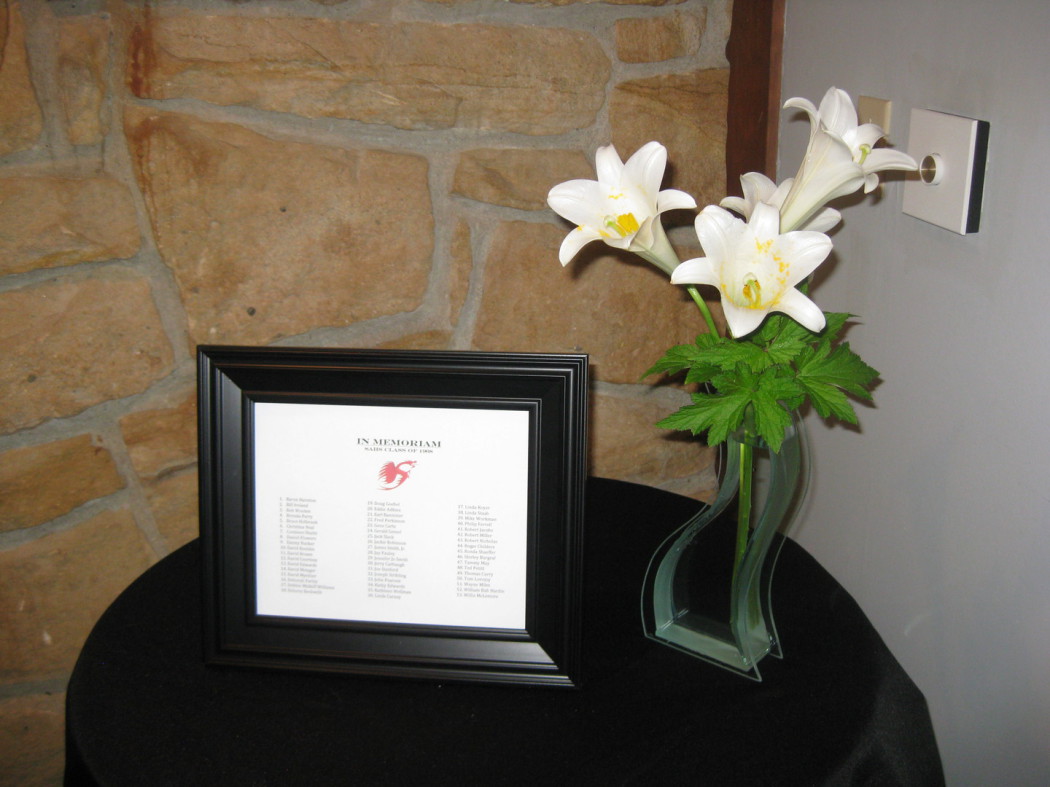 Saint Albans... there's more than one!

Located on the shores of Lake Champlain.  They hold the Vermont Maple Festival there each year.   The population is 6,392.  This was the site of the northernmost land action of the Civil War on October 19, 1864.  The zip code is 05479.

Located in Franklin County and features beautiful high bluffs that overlook the Missouri River.           The zip code is 63073.

Saint Albans High School: The best of the old and new!

All hail to thee Saint Albans

The school we love so well

And of thy deeds victorious

As the years unfold before us

Our hearts will loyal be

To our dear alma mater

We've lost touch with these classmates... please help us find them!

Looking Back On Other Reunions 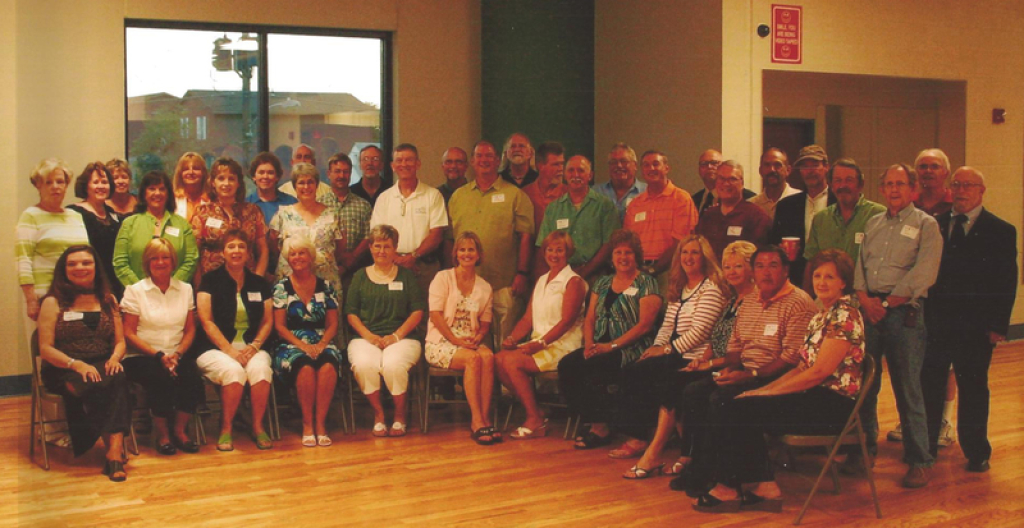 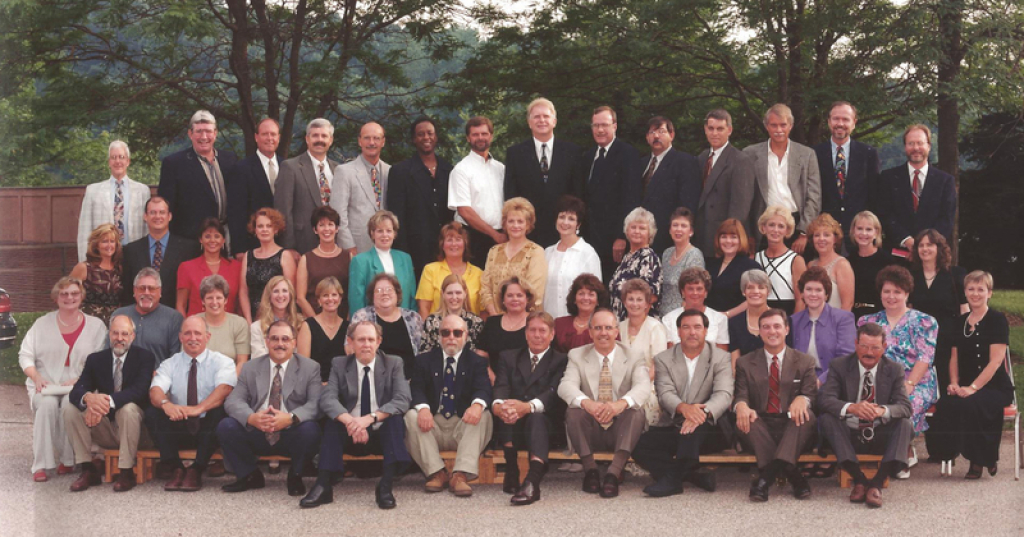 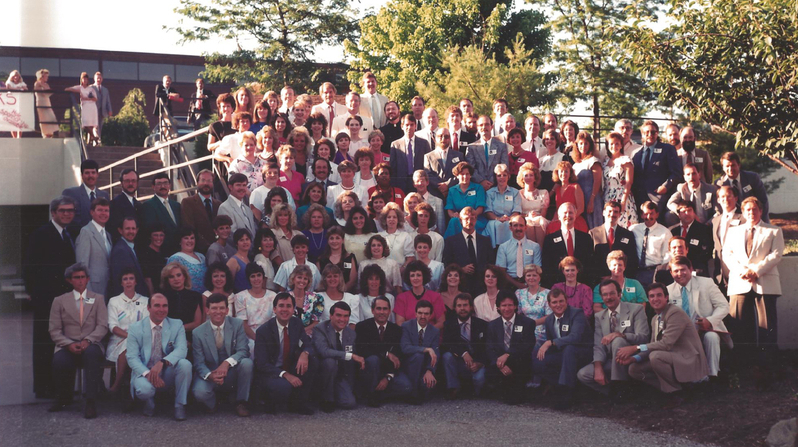 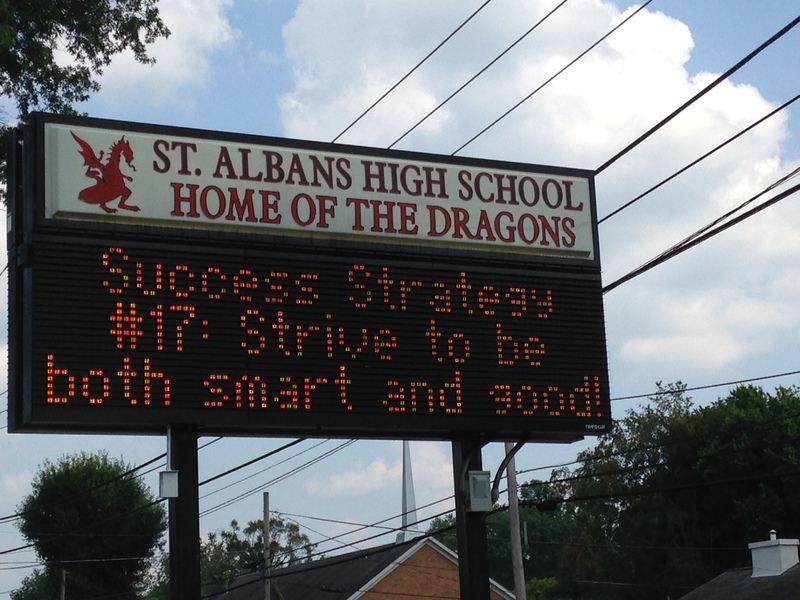 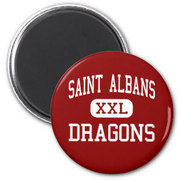 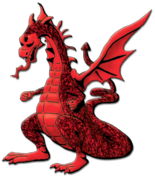 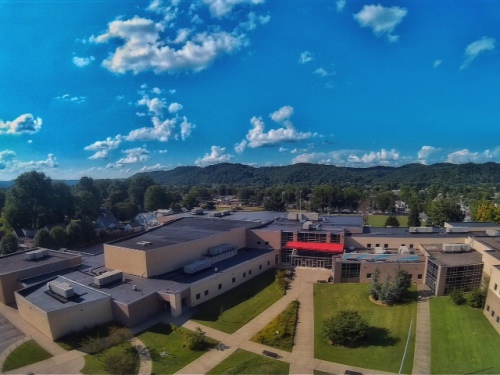 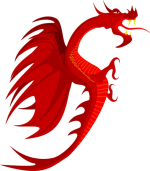 Listen to the success strategies on the radio!

Promote Your Page Too